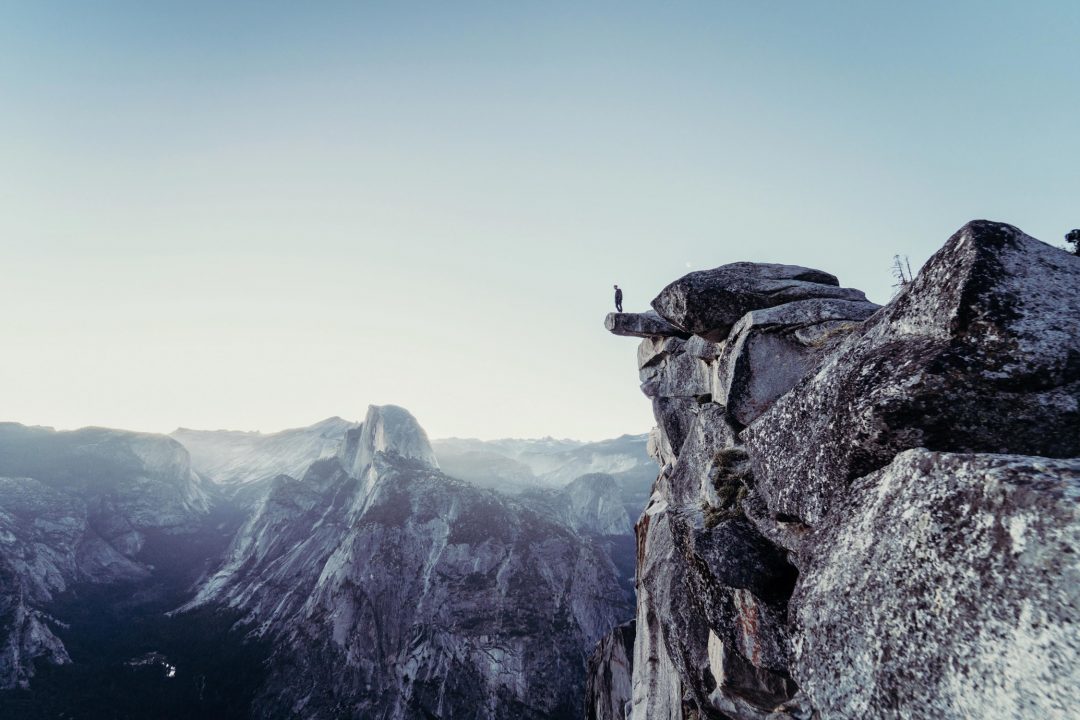 NASHVILLE, TENNESSEE—Two weeks ago, churches and campus ministries all over the Every Nation world joined together for a powerful week of Prayer, Fasting & Consecration. During the fast, at one of Every Nation Nashville’s office prayer meetings, my son William shared a five-minute message on the faith of Rahab. I asked him to expand it here in a guest blog.

I cannot imagine what Rahab must have been thinking as she lowered two Israelite spies out of her house and down the city wall, watching them disappear into the darkness.

She had taken a huge risk to hide them from the king of Jericho and help them escape. Did she instantly regret trusting (and helping) these foreign men? Was she tempted to go straight to the king and expose the Israelites’ plans?

As I meditated on Rahab’s risk in Joshua 2, I thought about the nature of risk itself.

What does it mean to take a risk?

When we take a risk like the one Rahab took, we are making a decision that we know will alter the trajectory of our lives. Things will either get better, or they will get worse—but they will not remain the same.

When the spies came to Rahab’s house, she was an innkeeper and a prostitute. She made a living opening her home (and her body) to foreign men and travelers. Though she had a relatively stable role in Jericho’s society, she had little hope for her future. As a prostitute in an ancient near eastern society, Rahab knew that she was unmarriable and that one day, her youth would fade and men would no longer come to pay and stay in her home.

When Rahab made the decision to help the Israelite spies, she knew that there were only two possible outcomes. Either she would survive and possibly get a new start, or she would be discovered and killed. Things would get better—or things would get worse. But by taking that risk, Rahab knew that her life would never be the same.

As Rahab pulled up the rope that she used to lower the spies down the city wall, doubts and fears must have filled her mind.

How hard must it have been for a prostitute to trust the word of foreign men? How many times in her life had someone told her they would come back for her? How many times had she looked out that same window, quietly hoping that just one of them would keep his promise?

Considering her life experience, Rahab had little reason to trust the Israelite spies, and she had little reason to believe that things would actually turn out for the better. But she took the risk anyway because she believed one thing: the LORD [Yaweh]… he is God in the heavens above and on the earth beneath (Joshua 2:11). Rahab did not know the God of Israel (yet), but she had heard the stories of God delivering the people of Israel out of Egypt and sustaining them in the wilderness, and that was enough to convince her to risk everything.

After the fall of Jericho, we know from Joshua 6 that the Israelite spies kept their word to Rahab and spared her and her family. Rahab had taken a risk in faith, and things turned out for the better.

However, Rahab never could have foreseen all of the rewards of her faith-filled, life-changing risk.

If we dig around biblical genealogies, we find out that Rahab married an Israelite named Salmon (Matthew 1:5). Not only did Rahab, an unmarriable Canaanite prostitute, get married, but she married into one of the most prominent families in Israel. Salmon’s father, Nahshon, was the head of the tribe of Judah (Numbers 2:3) and Salmon’s uncle (by marriage) was Aaron (Exodus 6:23).

The story of Rahab reminds us that when we take faith-filled, spirit-led risks, not only does God exceed our expectations for our own lives, but he weaves our stories into his grand story of redemption.