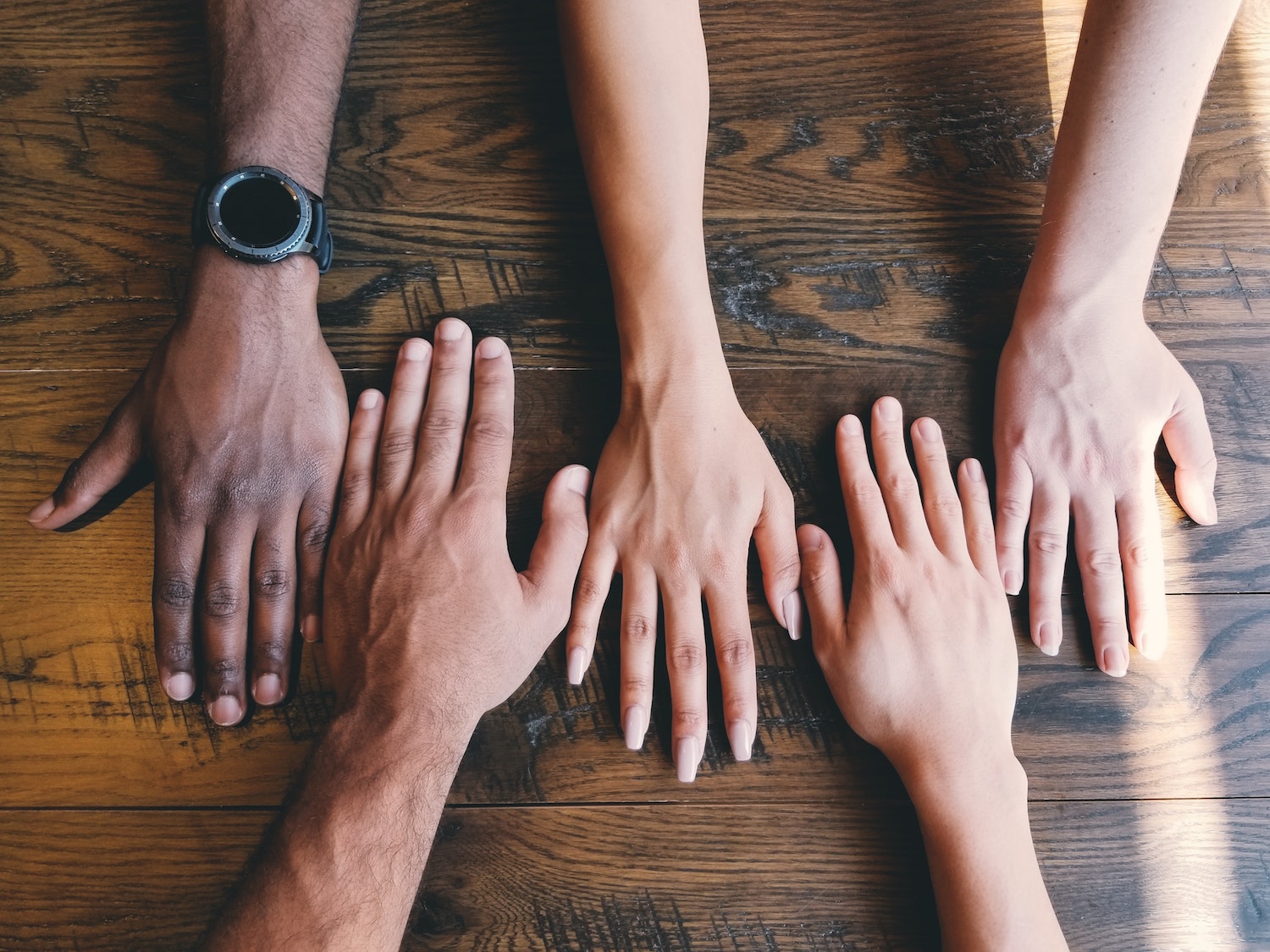 NASHVILLE, TENNESSEE—Back in 2013, I wrote a book called 100 Years From Now about Every Nation’s mission, values, and culture. One of the chapters addresses Every Nation’s intentional commitment to building a multiethnic and multicultural family of churches. With all of the recent conversations about race, injustice, and reconciliation in the United States, I thought it could be helpful as you navigate this season as a minister and leader.
Steve

ELEVEN YEARS AGO, my friend Robert was at home in Manila watching a movie with his three-year-old daughter, Betthia. The movie, Finding Forrester, was about a brilliant, underprivileged African-American teenager who was being mentored by a reclusive Pulitzer Prize-winning writer played by Sean Connery. Great movie. Anyway, Robert told me that every time the movie featured a close-up of the young African-American actor, Betthia would look at the screen, then turn to him, then the screen, then him. Her head was turning back and forth like she was watching a tennis match. After a couple of scenes, Betthia said, “Daddy, I have a question. Are you black?” Robert smiled at his eldest daughter and replied, “Yes. And so are you.” Betthia immediately responded, “No, I’m not black. I’m brown, like Mommy.”

Robert is what is known in the Philippines as a Fil-Am—half Filipino and half American. His dad, an African American, was in the US Navy and stationed at Subic Bay when he met Robert’s mother, who is a Kapampangan from Pampanga, Philippines.

Unity, Diversity, and Confusion
A similar question was asked by a curious five-year-old in Nashville who approached his mother and asked, “Mommy, are we black?” Unlike Betthia, who has a multiethnic dad and a Filipina mom, this Nashville boy has two totally Caucasian parents, Rice and Jody Broocks.

Jody’s answer was classic, “Wyatt, you’ll have to ask your father.” Growing up in a multiethnic church, surrounded by Asians, Africans, Latinos, and Euros, Wyatt was momentarily confused about his own ethnicity. Diversity was his reality. And diversity is the Every Nation reality. Whether you’re in Dubai, New York, Singapore, Toronto, London, or Johannesburg, you probably noticed that we’re intentional and aggressive about diversity.   The same way Betthia and Wyatt inquired about family ethnicity, many times when people visit an Every Nation church, they wonder if it’s a black church, a white church, a Latino church, an Arabic church, or an Asian church. It’s difficult to label us because we embrace diversity as a key component of our church culture. Sometimes I forget that not everyone embraces diversity the way we do.

Bad Advice from a Good Pastor
I’ll never forget the bad advice I received from a missionary pastor of one of the largest churches in Manila. It was about fifteen years ago, and we were beginning to reach hundreds from Manila’s Chinese community. “Steve, if you keep reaching Chinese-Filipinos, you will have to start a separate Chinese service for them.” I tried to clarify. “There’s no language barrier. They all speak English, so they attend the same service as the Filipinos.”

Now it was his turn to clarify. “I’m not talking about language. I’m trying to warn you that if you mix Chinese and Filipinos, you will eventually have a church split. I’m speaking from experience. It will never work.”

I’m glad I ignored his well-meaning but unbiblical warning. We now have thousands of Filipino-Chinese, Chi-Noys, Malaysian Chinese, Singaporean Chinese, and every other type of Chinese in our Metro Manila congregations. And we don’t have a separate Chinese congregation or service. We are one church that is multi-site, multi-service, multigenerational, and multiethnic.

Why do we intentionally and aggressively build multiethnic congregations? Here are two biblical reasons:

Ethnic Diversity Is a Gospel Issue
Ethnic conflict is not a recent church problem. Two thousand years ago, the apostle Paul addressed racial segregation in his letter to the Galatians. I realize that along with the hypocrisy of racial segregation, Paul was also correcting theological and cultural issues in his epistle, but the racial issue was certainly part of the problem.

In the introductory pages of his commentary on Galatians, Paul for Everyone: Galatians and Thessalonians, N.T. Wright notes, “Imagine you’re in South Africa in the 1970s. Apartheid is at its height. You are embarked on a risky project: to build a community centre where everybody will be equally welcome, no matter what their colour or race.” Wright’s parable continues with the original builder leaving and a new group taking over. However, the new leaders are not committed to diversity. Eventually, the original project builder returns and is shocked to find that unity with diversity has been replaced with segregation. According to Wright, this is the situation in Galatians. Paul, the Jewish apostle, and his Greek assistant, Titus, started a church that welcomed Jews and Greeks. But after Paul and Titus left Galatia, the church forgot about its cultural value of diversity. Paul wrote the letter of Galatians, in part, to rebuke ethnic segregation and division.

Notice the apostle Paul’s strong views about diversity in the church:

“When Cephas [Peter] came to Antioch, I opposed him to his face, because he stood condemned. For before certain men came from James, he used to eat with the Gentiles. But when they arrived, he began to draw back and separate himself from the Gentiles because he was afraid of those who belonged to the circumcision group. The other Jews joined him in his hypocrisy, so that by their hypocrisy even Barnabas was led astray.” (Galatians 2:11–13).

Why a Healthy Church Requires Diversity
I’ve spent most of my adult life as a white guy in a brown world—an American missionary in the Philippines. After twenty-four years living in Manila, Deborah and I now split time between Manila and Nashville, where Every Nation’s North American office is located. As I have re-engaged American church culture, one of the more shocking experiences is the realization that so many churches are still basically white or black or Latino. That’s not good.

In the spring of 2012, I had the privilege of participating in the Lausanne Strategic Working Group in Orlando, Florida. I learned a lot from the forty brilliant strategists, theologians, and missiologists in the room. The meeting ended with an evaluation question: “What was missing that could have made this meeting more effective?” My answer required no deep thought or prayer. It seemed obvious to me that the missing ingredient was diversity. That Strategic Working Group was basically a room full of middle-aged, highly educated, white men — plus three Latinos, an Indian, a Korean, a Nigerian, and a Lebanese. Forty white dudes with a little color can create good strategy, but increase the diversity and the ideas go from good to great.

When the church gets serious about diversity, good things happen. “The color line was washed away by the blood.” That’s how Pentecostal historian Frank Bartleman described the early days of the Azusa Street Revival a century ago. During one of the most racist periods of American history (1890–1925), most early Pentecostal churches were bold exceptions to the culture of segregation. Sadly, it didn’t take long for religious people to redraw the color lines that had been washed away by the blood.

In 1897, several years before the Azusa Street Revival, the Church of God in Christ (COGIC) became the first legally chartered Pentecostal church in America. COGIC founder C.H. Mason grew up hearing about the vibrant faith of Southern slaves from his parents who had recently been freed. He would build COGIC on the foundation of prayer, the power of the Holy Spirit, and racial unity. For many years, COGIC had as many white ministers as black. Read that sentence again, and remember we’re talking about one of the most racially divided periods in American history. This unity and diversity effectively ended in 1914 when most of the white COGIC pastors broke off to establish the Assembly of God (AoG). Undaunted, Mason continued to work on both sides of the racial divide, often speaking at AoG conferences for many years.

My favorite Mason quote is as true today as one hundred years ago: “The church is like the eye. It has a little black in it and a little white in it, and without both, we cannot see.” Without racial diversity, the church cannot see. That explains a lot about the blindness in the church today.